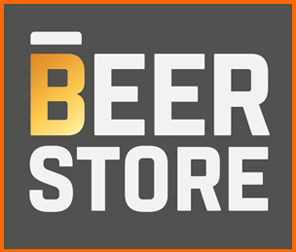 TORONTO, Jan. 7, 2015 /CNW/ – The Beer Store has announced that, effective immediately, ownership is being opened up to all Ontario-based brewers large and small.

“Today marks a new era for the Beer Store. We heard from Ontario brewers that they wanted to participate in the management of the Beer Store and contribute to its future success. That’s why we’re opening up the system and making it even more transparent,” said Stewart Glendinning, CEO of Molson Coors Canada.

“The Beer Store is truly becoming Ontario-owned. Ontario brewers will be represented on the Board and share in decision-making. All owners will have the same or better costs to sell in the Beer Store than the current owners,” said Labatt Breweries Canada President Jan Craps.

John Sleeman, Chairman and Founder of Sleeman Breweries said, “We welcome and support the direction of the changes being announced today.  These will help improve the transparency and openness of The Beer Store for all Ontario brewers, including Sleeman, and will allow our input into the evolution of the system.”

Small Ontario brewers (who sell fewer than 1 million litres/year at the Beer Store) will pay no listing fee when stocking two of their products at the five Beer Store locations closest to their brewery, increasing the selection of locally-brewed beer for consumers in communities across the province.

Beyond those five stores, small brewers will be able to list the same two products at any additional Beer Store location at reduced listing fees, paying only the per-store fee. This will encourage additional small brewer listings at the Beer Store, enhancing the ability of those brewers to grow their businesses, while also offering wider selection to Ontario consumers.

Small brewers have also asked for the ability to introduce seasonal brands throughout the year. Today, the Beer Store announced that it will implement this change.  Brewers can swap out a new or existing brand listing and replace it with a seasonal brand twice a year at no additional cost.

“We listened and we acted. The Beer Store is a great beer retail system.  Today we’re taking new steps to make it even better”, said Beer Store president Ted Moroz. “As a result of these changes all Ontario brewers will be able to participate in the management of the company and the smallest Ontario brewers will get improved opportunities to grow their sales volumes at a significantly reduced cost.”

Moroz said that at the same time as considerable media debate about the Beer Store had been taking place in recent months, Beer Store officials had been quietly working behind the scenes on how to reshape the shareholder agreement and make the Beer Store even more open and transparent.

As always, any brewer can sell in the Beer Store and brewers will continue to independently set their own prices in a highly competitive environment that keeps prices low for Ontario consumers. These facts will not change.

About the Beer Store

The Beer Store offers customers 490 brands, provided by 105 brewers. Approximately 1-in-4 brands come from small Canadian brewers. It is a completely open system that allows any brewer in the world to sell their brands in any store they choose. The Beer Store is deeply committed to responsible sale and not selling to minors and people who are intoxicated.  More than 3.6 million customers were challenged in 2013 alone. It is also one of the greenest retailers in the world and collected more than 1.7 billion beer bottles in 2012-2013 (a 92 per cent return rate) and 300 million wine and spirit containers (a 80 per cent return rate). The Beer Store Employs 7,000 hard-working Ontarians with well-paying full and part-time jobs.