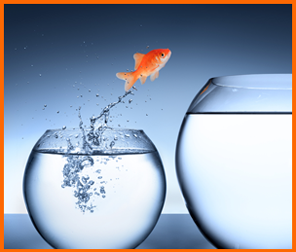 Over the past few months, beer sales and retailing have experienced a number of significant changes in the province. These have impacted a number of different individuals and organizations, and have given some the chance for some great opportunities for future sales. Here are some of the biggest changes coming for beer sales in Ontario.

The biggest change comes in the form of better availability. Ontario has finally taken notice of the demand for greater access, and by the Christmas season this year over 450 supermarkets in the province will feature brews on the shelf. This means that customers will be able to add beer to their shopping list with ease. That being said, sales have been restricted to 6-packs only, and only to a maximum of $1 million in sales/year.  Additionally, the beer must be sold in a separate section and only during the same hours operated by the Beer Store. Also, as mentioned, 450 supermarkets will get the chance to add to their sales, but with over 1500 grocers in Ontario, many won’t make the cut. Many won’t be given the license to sell.

Want to know more? You can read all about this landmark Ontario decision here: http://news.ontario.ca/mof/en/2015/04/expanding-beer-retailing-in-ontario.html.

Another big change will come for Ontario craft brewers.  A recent announcement made by Kathleen Wynne found craft brewers with many more options for their own beer sales. According to the announcement, the Ontario government says “it will make beers from smaller brewers more available and visible in Beer Store locations with improved placement and an increase to 20 per cent from 7 per cent of all shelf space and marketing.”

Find out more about why Ontario craft brewers are celebrating this change for their own beer sales in the province here: http://www.ontariocraftbrewers.com/press-releases/ocb_press_OCB-Embraces-Beer-Retailing-Changes.php.

For more on both of these exciting changes, check out this great article from the Toronto Star – it covers both: http://www.thestar.com/business/2015/04/16/grocers-restaurants-craft-brewers-toast-beer-store-changes.html.

For more about how to compete in this increasingly competitive beer sales market, Packaging Technologies Inc. has you covered. Our creative, innovative, custom beer packaging can help you compete no matter what shelves your product is stocked on. Call us today at 1-800-303-5883.