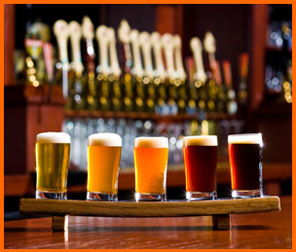 For those of you as yet unaware, a great deal has been brewing in the beer industry (sorry, the pun just could not be avoided). Early in January, the Beer Store announced that it would be opening its doors to Ontario craft brewers, giving them the chance to break down the barriers that have previously hindered their growth (although one might counter this statement by the fact that even with the Beer Store monopoly, sales of craft beer have increased by 575%).

As the only sanctioned private outlet for beer sales, the Beer Store opening ownership to small brewers is no small thing, especially since this will give craft brewers a chance to grab some of the 80% of beer sales done by the Beer Store. The agreement states that “Ontario brewers that sell more than five million litres a year would pay $1,000, and smaller brewers $100, to become owners and get a Class E or Class F share in the Beer Store.”

You can read more about this here: http://www.cbc.ca/news/canada/ottawa/beer-store-opens-ownership-to-all-ontario-based-brewers-1.2892251

However, the story does not end there. Following the announcement regarding craft brewers, brewer and lawyer Michael Hassell has informed the Ontario government that he will be taking legal action “to strike down a section of the Liquor Control Act that makes the Beer Store monopoly status the only private firm allowed to sell beer directly to consumers without brewing it on the premises.”

This coincides with a separate $1.4 billion class action suit filed against the LCBO and the Beer Store regarding the sale of beer and an accord struck between brewers and the LCBO. Check out more about this here: http://www.thestar.com/news/queenspark/2015/01/14/charles-sousa-warns-change-brewing-for-beer-store-monopoly.html.

For more about the impacts of these changes, or for strategies to compete in the competitive beer market with custom beer packaging, please contact Packaging Technologies Inc. today by calling 1-800-303-5883.